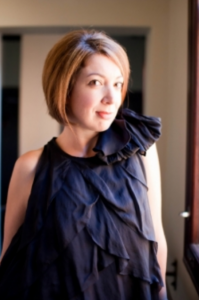 ‘Penny King is a fine musician… her pitch is excellent, accompanied by a chrystal clear and authentic tone. Her soloing is always inventive, and she nails the shifts in dynamic intensity superbly and in all the right places.’ Chris McNulty, AustralianJazz.net, December 2014

‘The overall effect of this debut is of a soft and gentle vocal style imbued with expressive phrasing, combined with improvisational ability’ John McBeath review of ‘Journey’, The Australian, August 16th 2014.

Penny  has long been established as one of Western Australia’s premier jazz vocalists, performing with her band since graduating from the prestigious West Australian Academy of Performing Arts (WAAPA) in 1996. She is well known for her passionate and engaging stage presence, as well as her original compositions, and diverse arrangements of standards and contemporary tunes, moving effortlessly across genres but still rooted in jazz.  Her position as vocal tutor in the West Australian Academy of Performing Arts’ jazz department is testament to her respected place in the thriving Perth Jazz scene.

Penny’s debut album with her quintet, ‘Journey’, was launched at the Ellington Jazz Club in late 2013, and was subsequently nominated in the best jazz vocal album category at this year’s Bell Awards.

Penny’s repertoire reflects the wide array of vocalists that she takes influence from, such as Carmen McRae, Dee Dee Bridgewater and Joni Mitchell, singer-songwriters James Taylor and Ben Folds, and contemporaries Kurt Elling, Holly Cole and Beady Belle. So when it comes to repertoire, expect the unexpected; Radiohead followed by Duke Ellington, Sonny Rollins next to Joni Mitchell, and contemporary Australian classics next to original compositions, there is something for every music lover.

Penny regularly plays sell out shows at Western Australia’s finest music venue, The Ellington Jazz Club, as well as various venues throughout Perth, including the Laneway Lounge and the Must Bar. Penny has also has appeared at numerous festivals, including the inaugural Perth International Jazz Festival in 2013, and again in 2015, where she presented her show ‘Both Sides Now: The Music of Joni Mitchell’ with a sextet including musical director Tom O’Halloran, and in 2016, when she was featured with the Michael Pignéguy Quartet.

‘Opening the proceedings with the beautiful “My Old Man”, King’s lilting tones roamed and soared to achieve the technically difficult Mitchell song style. To begin with she was only accompanied by the marvelous Tom O’ Halloran. What a virtuoso keyboard artist. His work is thrilling.’ Claire Condry, Australian Stage, June 2015

Penny has also appeared at the York Jazz Festival, the Beaufort St. Festival, Fremantle International Jazz Festival and the Jazz By The Bay Festival, Dunsborough, and Rottnest’s ‘Jazz on the Rock’ Festival’. In 2016, Penny travelled to Melbourne to perform original music and arrangements at the Paris Cat Jazz Club.

Penny moved on to the national stage in 2013, with her album Journey; recorded with her quintet in Perth, it was subsequently shortlisted for Best Australian Jazz Vocal Album at the 2014 Australian Jazz ‘Bell’ Awards. The album features both original compositions, and original arrangements of jazz and contemporary standards.  Penny feels privileged to create music with her band, made up of some the leading lights in Australian jazz.

Penny has been a featured vocalist with the West Australian Youth Jazz Orchestra, through which she has had opportunities to sing along side such luminaries as James Morrison and Dale Barlow.  Penny has made numerous appearances at the Perth Jazz Society and has also appeared regularly at Jazz Fremantle, as well as countless other venues around Western Australia.

Penny is a sought after vocal tutor, teaching in both the Jazz Programme  at WAAPA, and privately.  She has previously had an original track featured on the Jazzaziz II CD, released in 2005 by JazzWA, and was  featured on the West Australian Youth Jazz Orchestra’s 1996 CD release ‘Night and Day’.